In this early season friendly we saw MCC travel up the U6 to visit local rivals MLCC.

Being a Sunday and with most members adhering to the German way of taking a day of rest we fielded a team of 9 MCC members and a couple of lads who were milling around the ground.

A toss was undertaken with Captain Colling getting the desired outcome and electing to field first.

The new ball was tossed to Du Plessis who though complaining of stiffness delivered a tidy opening spell which was ably backed up by the ever energetic Samiullah.

What followed was an exhibition in slow spin bowling. Batsmen came and went at a consistent rate. The standouts being Deshpande (3 wickets for not many) and Shashi (4 wickets for not many.) Catches win matches and perhaps as a sign of things to come MCC did not drop one including a blinder from Shashi at gully, a steepler from Du Plessis at deepish mid on and a tidy pouch by Sandu out at cow.

Du Plessis and Macca were sent out to face the music early on and did a good job knocking the shine off the new ball, getting through to 28 from 5 overs. When Macca perished and Zeeshan followed soon after MCC were looking a bit shaky. However Deshpande and Du Plessis steadied the ship nicely and with a couple of cameos from Colling and Shashi the win was sewn up in the 17th. In the words of Mr Giles “ a nice competent run chase”.

Finishing earlier than expected allowed for a thorough recap of the game and a few good yarns over a beer at the handily placed kiosk across the way.

Another good day of cricket in the books. 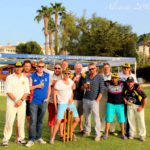