Captain Sarma, having spent the past two weeks practising the toss in Bali and getting home one hour before having to leave for this league match, unbelievably won the toss and chose to bat. It was all to no avail as after waiting three hours watching the rain until it was impossible to get a 20 over game in the remaining time available, the match was abandoned without a ball being bowled. The result is considered Ergebnislos which means the points are shared, four each. Congratulations to the umpires provided by Pak Orient for knowing the playing rules and being clear and firm in their decision making. 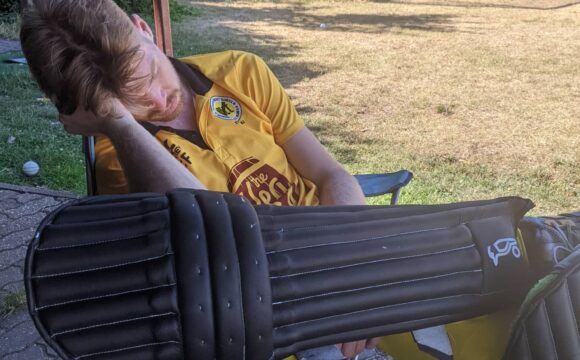