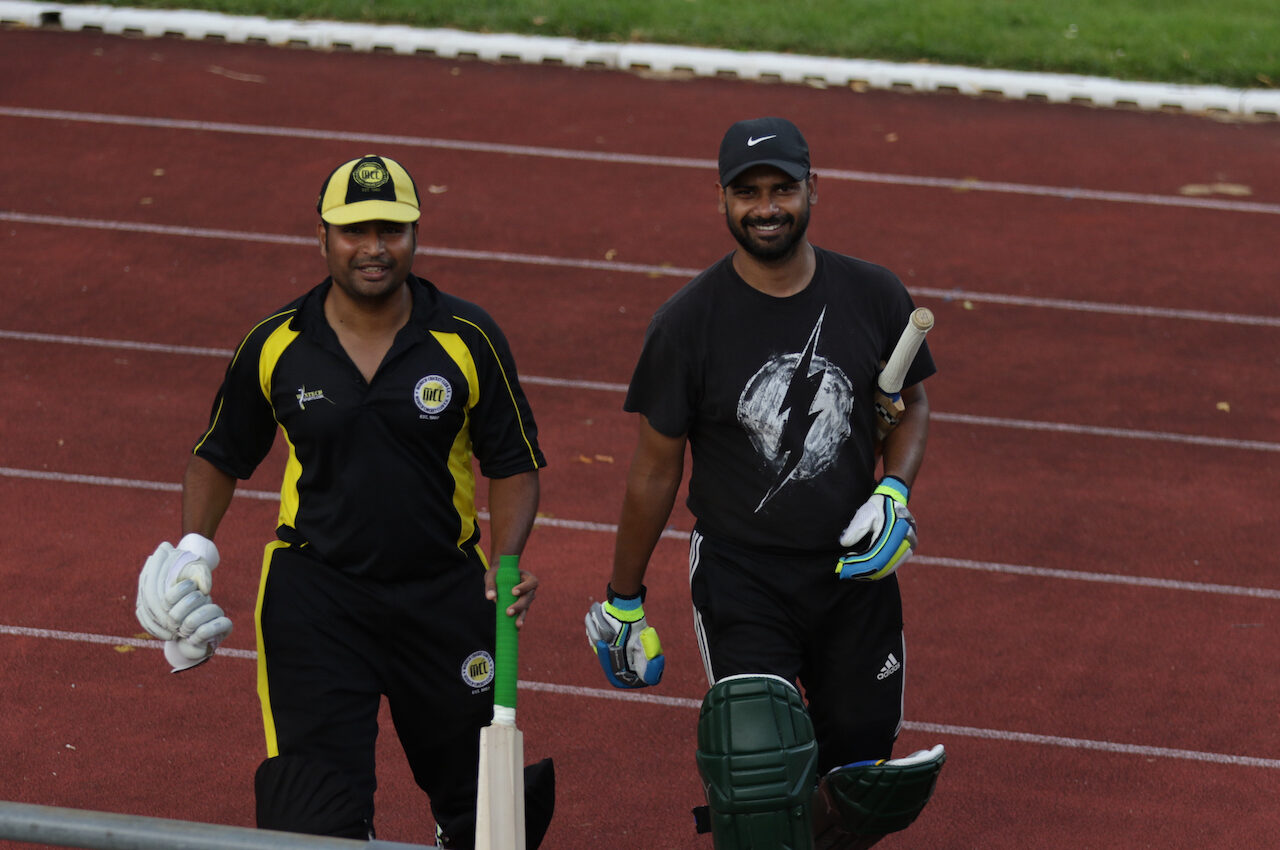 Standing Captain Varun lost the second toss of the day and MCC bowled first in the second match as well. Motivating pep talk by captain and senior players energised the team especially the bowlers. Waqas started proceedings for MCC in the second game, and he ripped apart Taufkirchens top order with three wickets to his name. Macca also bowled tight line keeping the batsman in check and was also rewarded with two important breakthroughs for MCC.

Ankit and Argha bowled well in the middle overs, with Ankit claiming one wicket. Finishing touch was provided by Imtiaz and Sandy claiming a wicket each. MCC1 team backed their bowlers by good fielding effort claiming catches and two important run outs.

Bowling out the opposition within 18 overs to a score 106, was job well done by the team. Now the onus was on Batsman to win big keeping net run rate in mind.

Captain decided to open with steady openers Suchit and Argha. However, Argha was unlucky to be adjudged lbw to a ball which kept low and umpire adjudged him lbw after a very long appeal. This brought Varun to the crease and he started taking on the bowling hitting 15 runs in one over. Varun provided much needed impetus to the innings which MCC needed at that moment.

Unfortunately, Varun played early in to the shot being caught and bowled by the bowler. Mucca also got unlucky when a bowl which kept low broke through his defence. Short time later Suchit also got out trying to up the tempo. Sundeep took on the bowling hitting first and only six of the innings and got caught next ball hitting full toss straight to long off.

MCC was in trouble at this moment with score reading 50-5 in 10 overs. With Ankit and Arun on the field and 57 runs required of 60 balls. It seemed like an uphill task. Ankit set the chase in motion with a beautiful flick for four and later a gorgeous drive through cover which went for four. Ankit played all of his shots along the ground and was delight to watch. Arun rotated the strike well, and made bowlers change their line with right and left hand combination. Taufkirchen bowlers were under pressure with less than 6 an over required and gave handful of extras as wides and byes. It was good call by the standing captain Varun to have left and right combination in the last 10 overs. Both ran beautifully taking all the available runs of byes and leg byes as well.

Although, scores for Arun stand at 4* (12balls) in a partnership of 57 with Ankit, he provided much needed support to Ankit and saw MCC home by 5 wickets with 3 overs to spare. Ankit was distraught after playing rash shot in the first inning, but he showed lot of maturity and also hit the winning runs.

Its very important to mention that MCC1 played and won the match with only 10 players on the field making this victory even more special.

This group is still open and MCC1 has given themselves good chance of qualifying by winning big in the second match claiming all 10 wickets of the opposition and winning with 5 wickets with 3 overs to spare.

Match report 18th May vs Tegernsee