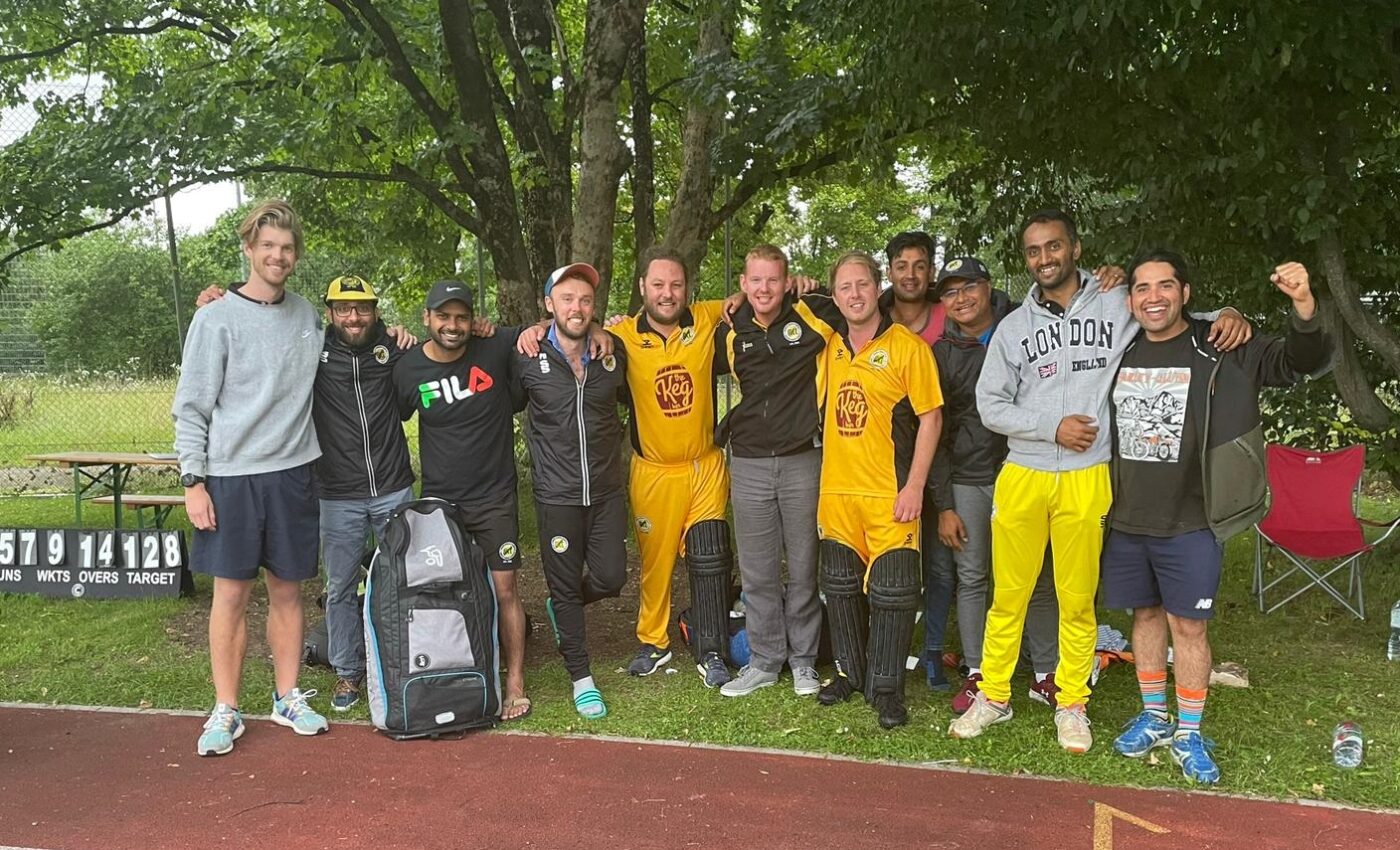 In what would be the real final match for beloved club stalwart Craig ‘Bluey’ Barrett before he left for the land of Maple Syrup, Ice Hockey and Justin Beiber it was unfortunate that the MCC boys couldn’t put together a series of team performances to get a win for the great man. The boys however, gave Craig a day to remember in true Munich Cricket Club fashion with countless dropped catches, suicidal running between the wickets and a promise to do better in the second match which was to no avail.

As Craig was preparing to play his final match with the MCC it was Cameron Foskett the Australian from Sydney who would be lining up for his first. A relatively unknown height-based entity would be joined by Ankit whom had to bide his time in quarantine and was ready to skipper the team in the unusual dual T20 format.

Co-Captain Suchit won the toss and elected to bat with Vish and Shivam the first two batsman to get the opportunity to ply their trade upon the coconut matting at Westpack. The two made the most of the short square boundaries and benefitted from the aggressive fielding resulting in unnecessary overthrows.

Vish would be the first man to go after be dismissed for 8 after as he was caught at deep cover. Mucca would join Shiv at the crease and the two would continue to move the ball around targeting the small square boundaries. As wickets would soon fall Munich found solace through Kunal and Suchit in the middle overs.

Kunal began to drop the knee and swing from the hip, eager to involve the random yet valued CCB player who was hiding in the quarry awaiting a stray cricket ball serving what can only be assumed as some type of punishment. Kunal (29) and Suchit (21) were the mainstays for the Munich CC initial innings.

In what became a cameo performance at the end, Cameron Foskett would lead a late charge to bring the Munich CC target to something respectable with 20 from 8 rocks. The MCC would amass a respectable 7/123 from out allotted 20 overs.

For the visitors there were two milestones which the club hoped to celebrate. Craig’s 69th catch (currently on 67) for the club, and his 100th wicket (98).

The CCB batsman got off to a great start, utilizing the smaller square boundaries and understanding how to play the coconut matting well. Mucca broke through their opening batsman giving the Munich boys a chance. Ankit snaffled a couple of catches as Mirtschin and Barrett each got a wicket in an innings which quite simply was dominated by the CCB batting.

In the 16th over, CCB had passed our score 3 wickets down. Bringing an early lunch break and yet another toss – which we lost and found ourselves out in the field again.

The second game started with the main man Barrett stranded on 99 club wickets. The MCC faithful wondered how, and if would be bring up the milestone – a mankat in true Deutchland Cricket Bund fashion? To commence the inning, Mucca and Waqas both bowled as expected.

In usual fashion, Waqas was simply too good with his line and length bowling without reward. From the other end it was Mucca whom would benefit dismissing the opening batsman.

Ankit threw the ball around as his paceman toiled away noting anything short would be dismissed and collected by Kunals’s man in the wasteland. Height based selection Foskett was thrown the ball and would soon after claim his first club wicket with a ball catching the edge and falling safely into Vish’s gloves – which arguably and controversially could have been caught by a flying Barrett, moving him one dismissal closer to the illusive 69th catch.

Wickets would be hard to come by for the remainder until Barrett was brought on. In the first ball of his third ball the CCB batsman sent the ball into orbit in the direction of skipper Ankit. Catch it was the cry, and catch it Ankit did. Celebrations aplenty for the 100th and final time for Craig in MCC colours. The CCB innings was drawn to a close in the 20th over with a target of 128 to chase.

As the rainclouds stormed in, the MCC’s chance of sending off Craig became slimmer by the moment. The batting innings commenced with Foskett and Waqas entrusted to commence the run chase. The two aggressive opening batsman hoping to get ahead of the run rate from the beginnings as some expansive shots were on offer.

Foskett, with the shot of the match hitting a cover/square drive to the top of the trees sending the ball out of the ground in the opposite direction from Kunal’s wasteland and CCB ball collector. From this moment onwards it was all CCB. Wickets fell at regular intervals as it was Barrett, who put up a fight before playing a shot inspired by his favourite cricket format ‘the hundred’ and was caught at long on.

The rain began to role on through as Mirtschin and Altmann has a momentous task of 10 an over for the remaining 6 overs. The innings would come to a close as rain halted play.

The MCC Fursten team has advanced through to the first stage of the knockout final with their next match to be played on Sunday in Lohof.

Nonetheless, have a good one Craig buddy! 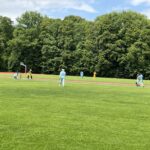 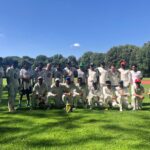 15 May League vs MIC 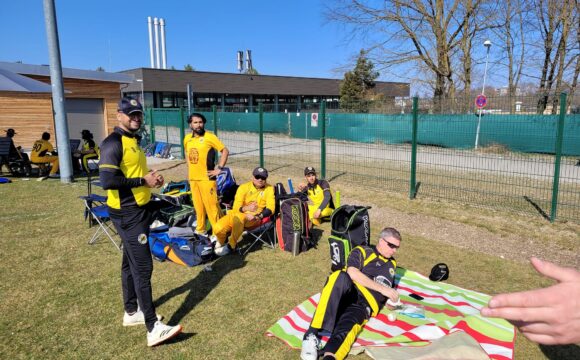