It was a happy tour despite…
1. Germany beating Sweden to progress again in the world cup.
2. England playing like lepers once again v the mighty Ecuador.
3. Leaving the scorebook behind on my sofa in Munich. Basics.
4. Leaving the team kit bag in the trunk at the ground. Basics.
5. Gale not being able to afford any whites since his move to Switzerland
6. Saling not being able to afford any decent music on his ipod
7. Bob shaving off his beard for zuoz 2006.
8. The German border police being every so friendly.
9. Gligorov early schoolboy error in forgetting his passport and forcing a serious autobahn uturn. Basics.
10. A Swiss gardening drought which forced blades into tequila usage.
11. Sembi not knowing for a moment which bat to score his 200 plus tournament runs with.
12. Knut being a serious polish football fan. POD-OL-SKI & Miroslav.
13. Des, Dunne, gilo and Knut loving their journey to chur to watch the England game on the way back.
14. Not being able to find any proper food after Friday’s journey till well after midnight.
15. Lovell choosing a poor Bruce Springsteen song on the ipod journey down.
16. Hazza not quite being able to perfect the 2006 fire poke stabs as he might wish.
17. Des falling over whilst moving position during umpiring stint.
18. Des shamelessly triggering schoolboys and veterans alike – when the Richter says you’re out, you’re out.
19. Des and gilo being in danger of arrest for over celebration after beckhams winning goal v Ecuador.
20. Dunnes jail baiting being cut rudely short by a lairy man looking for skunk.
21. mcc fielding like lepers in tropical conditions v Winterthur.
22. The nasty chucking storms in the final. w@nkers.
23. Gale attempting to destroy McGree in a pre final nocturnal training session with only marginal success.
24. Saling driving like Mario andretti on way down after Chinese mista mista jet lag – ‘’its gonna get tight’’ – whilst suffering from bird flu.
25. Palfrey not scoring enough runs and permanently bumming tobacco of some sort.
26. Nothing too interesting or scandalous happening. No street markets. No roger moores. No arrests. No one even pulled a fat bird. Or pulled at all, for that matter. What are we doing wrong?
27. Mikey waldroi bailing for no apparent reason at the last minute and not telling anyone.
28. The chairman bringing gopping, allegedly tepid forschungsbrauerei beer and later demanding payment.
29. Former VC selling off the pride of augustiner to stray opposition.
30. Blades doing wonders for oz/saffer relations whilst spectating during final. But it cost him two augustiner.
31. Laws clearly stating that one is meant to bowl with a straight arm.
32. Gilo being far too pissed too concentrate on scoring v Winterthur and having to be relieved by hazza.
33. General lack of eggs and sausages in the improved convict accommodation.
34. Dunne’s eating habits being regularly questioned.
35. Swiss ale being very poor froth.
36. Poor Alan border controls on trip down.
37. Insufficient lemons to spray on team schnitzel sat pm.
38. Lack of proper good manners, decency and decorum when dealing with the dorta’s barman/barwoman/dj.
39. Palfrey failing to implement promised Saturday team warm up session.
40. Chairman’s poor rendition of Oliver Cromwell song.
41. Gligs shyness when revealing latest sexploits at inopportune moments.
42. Too raucous antipodean behaviour and excessive beer intake from lower order while attempting to chase down 170odd to win v Winterthur and reach final.
43. Gilo always being late because of commuting issues on Lego set train from st Moritz to ground.
44. Saling’s chicken legs which do not bruise properly.
45. Blades only injuring his shoulder, NAD and side during the tour.
46. Palfrey attempting to imbibe all the Richter’s ale from well. Let alone my crate.
46. Palfrey attempting to imbibe all the Richter’s ale from well. Let alone my crate.
47. Team meal being hijacked by 13yo girls seeking father figures and role models. Those father figures later turned on them by questioning their weight, smoking habits and for simply not knowing where the action was.

Zuoz Cricket Festival 2006.
24th and 25th of June 2006
Tournament Rules.
· The draw will be held at 9.15 on Saturday 24th.
· The tournament starts promptly on Saturday at 9.30 am.
· All matches will be of 30 overs per innings, with a maximum of 6 overs per bowler.
· The four winning teams from the Saturday morning will go through to the winners’ competition for positions 1-4 on Saturday afternoon and Sunday. The losing teams from Saturday morning play off for positions 5-8.
· The games on Sunday will start at 10.00am, except for the final which will start at 10.30am.
· Both sides should provide a scorer.
· The fielding side provides their own ball.
· No spiked shoes are to be worn on the cricket pitches.
· If there are any queries or suggestions regarding the tournament please contact me on (+41) 786 548 945.
George Campbell,
Games Master.
Round 1 MCC V Lodi

– Sunday sparrow
Palfrey: 14 Runs 5.5 – 1 – 0 – 46
McGree: 16 Runs 5.0 – 1 – 2 – 32
Appavu: 58 Runs 4.0 – 0 – 1 – 30 1 catch
Lovell: 14 Runs 1 catch (3 drops).
Gale: 21 Runs 3.0 – 0 – 0 – 20
Khanna: 16
Mitcham: 1
Giles: 1
Dunne: 8* Runs 1.0 – 0 – 0 – 10
Gligorov: 0 Runs 6.0 – 0 – 1 – 31 1 catch
Saling: 0 Quack quack . Golden Boy
MCC 172 for 10, Basel Fawlty 174 for 4
Pods
Brief cricket summary
First up were the Milanese Tifosi Azzuri Squadra Catenaccio Calcio Totti from Lodi. Lovell won a toss and made early hay with a quickfire 44. A still visibly faced Palfresi made 32 whilst Sembi took advantage of a drop to top score with 73. Mcc filled their touring boots to fire 221-6 in their 30overs. In reply the Italians were never really in it as Mcc fielded well early doors – holding all their catches and a splendid run out by the quiet man the highlight.
In the semi MCC took on local matador Winterthur. Mcc were asked to field first in tropical conditions. Innings got off to a less than perfect start with 5 NB’S from the Palfreyman. Glig was the pick of the bowlers with 2-22 from his spell as the Swiss team knocked up 173-3 aided by some pretty village fielding as MCC wilted in the stifling mountainesque heat. In reply MCC got off to a steady start and were up with the run rate at 50odd for 2. Sembi was then joined by Mcgree to form a match winning partnership as MCC cruised home by 8 wkts with 9+ overs in hand.
The final Sunday v Basel with the MCC troops surprisingly well rested after a short evening the night before – apart from Mcgree and Alan of course.
MCC were asked to bat first with the top order all getting themselves in. Alas only Sembi only went on top scoring again with another half century. MCC closed on 172 possibly 30odd runs light. In reply Basel struggled early up against Glig and Mcgree. A couple of tough half chances went down and the game slowly but surely slipped away. Basel won comfortably in the end by 6 wkts.
An enjoyable tour – thanks for the memories. 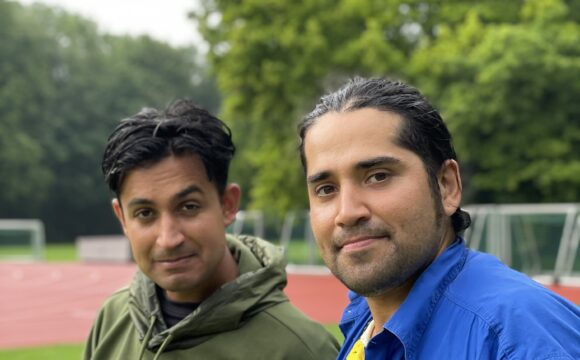