By the time Saturday arrived, there were plenty of things to celebrate in life. Simi had gotten a year older (and perhaps wiser too, his missus strongly disagrees, though). So was Such, he is now somewhere between 47 and 109 years young. Happy belated birthday, gents!

Life always finds a way or two to even things out. While we were jubilating the two birthdays, another two members were busy packing their suitcases and bidding us farewell. Over the past few years, both Billy and Collo have gone on to exemplify what being an MCC member is all about. Both on and off the pitch, these preachers of excessive drinking have given us plenty of radiating memories, mostly culminating in sore heads and little recollections the morning after. Hence, I shall struggle to name any examples. They both were named captains for the day and rest of the MCC players were divided equally between Kiwi Blacks and Aussie Golds.

It was nice to see some old and some new faces. Ben had flown in from Bojo-Less England the night before, Hazza had to leave his pub in Wembo’s unsupervised hands. Hazz Iyer finally showed up, so did Jabz and our newest member Karthik finally found time for a game.

„Middled-It“ Davies took the role of the official scorer; JD mowed wrond side of the track; Flicx was laid out and we were good to go.

Blacks won the toss and duly elected to bat first. Ben and JD came in to open and Niraj started proceedings with his leg spin from the pavilion end. Ben was musceling Golds‘ bowlers around when he was caught by Jonty at mid-on of Karthik’s bowling. Out for a well made 32 with Blacks 49/1 after 10 overs. Vinny and JD batted sensibly from there before JD was bowled for 20 by his boss, 90 odd for 2 after 19.4 overs. DRINKS!

Blacks seem to be cruising after the break and Hazza was brought on to pedal brake the opposition. His loopy, over the eye line, christmas dinner minced pies were just what his captain bestellt. Reeling in the opposition batsmen, Hazza tricked birthday boy Simi to loop one to the keeper; and forcing out Ricky with an egg; both on face and scorcard.

In came skipper Collo-Flower, smashing everything in his way to quick fire 20 odd before their innings was wrapped for 160 all out in 37.1 overs, with opposition captain Billy surgically cleaning the tail.

Over to Golds! Not much to report initially except openers Vish and Joy had a 51 run partnership in 9 or so overs. Joy jettisoned after attempting a massive heave over cow to JD, caught LBW marginally infront of (middle of) middle stump. Karthik became victim to Vish’s optimistic calling and Deep’s brilliant direct hit. Niraj succumbed to a golf shot, not accouting for that a cricket ball is not stationary, and can tatter his stumps. Vish got pinged LBW by JD later, suddenly 80/4 after 18 overs.

Jonty and Billy had a decent partnership after Waqas departed for not much. It was then left to Such and Hazza to see the golds help with some dazzling batting, with cordial support from Blacks bowlers, giving 47 extras. Golds 161/7 after 37 overs.

Festivities began in the aftermath after our newly wed chairman got the BBQ running. Plenty of sausages, burgers, salads, breads and beers on display. Simi’s renowned marinated chicken was where everyone’s eyes were. Prykey Jr and Jacko turned up at some point. Plenty of shirts were signed and someone got a ban from playing Jenga.

All the very best Billy and Collo, hoping to see you both soon. Perhaps during a tour to Singapore, who knows? 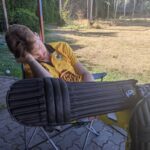 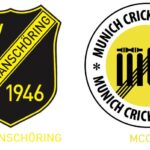