Skip to content
Home2022Why does it always rain in Munich 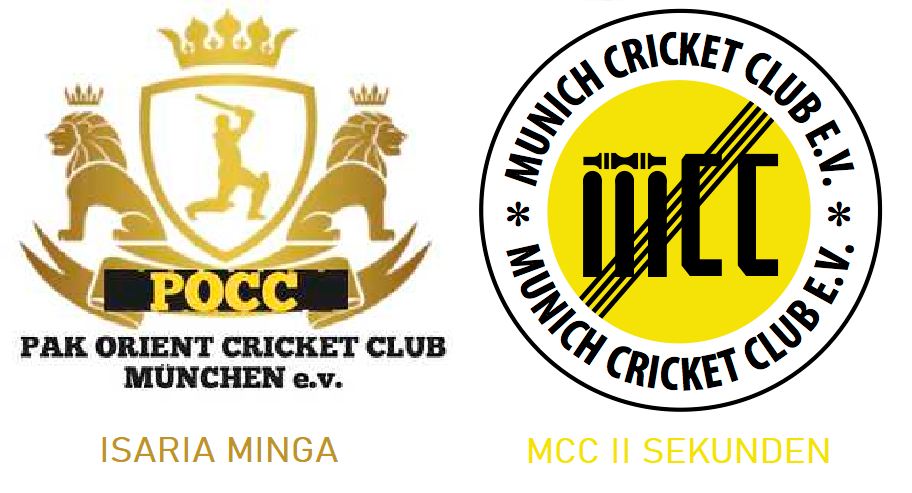 The first league weekend of the season for the 2nd team was a trip to the north of Munich to POCC. As is standard for the toss up, we lost and were sent to the field. A few new faces on show and some old hands. Owen asked Shiv to start the proceedings and with all eyes of the new ball we were underway. the first over was uneventful but slightly more than the 6 balls, not surprising as this was the first over of a new season. Shiv would soon get into his stride. Into the 2nd over and the ball thrown to Manish, a league debutant who answered the call on the third ball, the POCC captain Obaid edged to Vinny behind the stumps. The start MCC were looking for and the start of a great day behind the pegs for Vinny. As we were bowling from one end only, the 3rd over went to another new boy, who had recovered well from the Friday night Frühlingsfest.  Owen had opted for 3 bowler rotation and this proved a great decision as Sameer picked up his first league wicket in the 6th over. The next wicket came in the 15th over when Vinny took his second catch of the day from the bowling of Prabal, we had wondered where he had been all game as his two overs were very tight, ending 2-0-8-2, the 2nd of the wickets in the 18th over, stumped. Ben took a great catch at cow corner of the bowling of Shiv , who also took the wicket of their left handed opener who was on fire (a magnificent feat as he was also fasting), the 2 wickets in the 17th over. Ben and Tom C the other bowlers used by Owen. POCC ended on 183-6.

After a brief sandwich and liquid intake break, out to the field went Vinny and Sameer. 187 was a tall order, but MCC were determined to make the most of the opportunity and make the oppo field for 20 overs. Vinny was first to fall in the 3rd over through a catch for 5. Shivam came to the crease and proceeded to almost run himself out on 3 occasions but their aim was not upto scratch and he added 8 to our target. Abhishek, another new boy in at 4 and added 6. No ducks so far, but this would change. At 5, the captain came out and played some nice shots. Sameer who had been in since the first ball, but had seemingly missed most of the strike, facing only 18 balls in 10 overs fell in the 11th over for 7. Dave was next in and out, not the strike rate for T20, he managed the first duck, a little harsh decision, LBW from a ball that may have hit the leg stump of a second set of stumps, but alas, had to go. Owen was next to go for 13, runout by Prabal, not the start the new boy would have wanted, run out the captain!! But he also managed the top score of the innings with 14 not out. Tom Pryke added 2 and Ben 1 not out.

Game two started differently, Owen won the toss and opted to bat. Ruhel Ahmad was in the team for the 2nd game, helped add some years to the team, as was Ritwik, with Manish and Tom P taking a break. Ruhel went to open with Owen, with both of them picking up the pace from the first game, both contributing double figures before succumbing in the 5th and 6th overs respectively for 13 a piece. Shivam in at 3 again and Vinny at 4. By this point the rain had arrived and the temperature dropped a little, the pitch slowing up becoming slippery. Both added valuable runs to the total, but falling on 8 and 15. Sameer and Ben next up, falling in 9th and 12th over adding 1 and 5. Ritwik and Dave went in with the former run out, Dave unmoved for a call of yes, some would say that the faster in the team would have made the ground, Dave would have been out by a good 5 metres, Ritwik ending on 4. Prabal next in and also run out, a mix up in the calling and gone for 4. Dave next out for 11 after some sublime shots off the edge and one hockey shot to the boundary, before being caught with another swing! Abhishek and Tom C in for the final 2 balls. Everyone bats at MCC!! Both of them looking at each other before deciding to run and Abhishek being a few metres short for the 3rd runout of the match. MCC ending 91 all out.

POCC in their usual fashion wanted to end the game in as few overs and by 4s and 6s only. This was not to be, excellent bowling by all 6 bowlers and fielding that was up there with some of the best. New boys Abhishek and Ritwik took a wicket a piece. Vinny with his 3rd catch of the day dismissing their left hander off Abhishek and Ritwik removing the stumps with a straight full toss, their batsmen claiming no ball, although it went past his knees! Tom C unfortunate not to get a wicket in the first game, got 2 in his one over. Stumps flying on his first ball and a dubious LBW. POCC reached their target in the 13th over. MCC were very good all round but beaten by a better team. If we continue in the fashion we started, the games in the following weeks will be a lot tighter. A mismatch of POCC 1s against MCC 2s.

Thanks to Owen for his captaincy, and all that played.

Next week we head north outside the city to Lohhof for round 2 of the season. 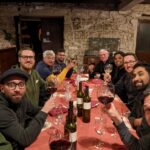