Another fine summer day, 20°C plus and captain Ayub used the correct Maria Theresa silver dollar at the toss, promptly won it and chose to bat first. The opposition were one player short and wanted to field a substitute as the umpire had allowed Pak Orient to do recently – strictly against the DCB playing rules – which we refused to allow thereby causing some resentment among the MIC players. When our opening batsmen, Wembridge and Deverill took the field it was noticed that the pillocks who laid out the ground had not put down the 30 yard inner circle. This caused an amazing outburst from the opposition, in particular their keeper Johnson, who, in the past, has figured noticeably in unseemly behaviour in the field. He claimed that as the pitch was not prepared the game was forfeit and this interspersed with language that would have shamed a fish wife. I should say that someone actually baited him a little and it was not Mahmud Khan who, when we were enjoying the social life at Fräulein Grüneis`s after the match around 9pm, shouted out “angry man, angry man” as Johnson walked past.

Anyway the inner circle discs were laid out and the innings started. Wembridge hit a trade mark cut, very hard but straight to the fielder at cover. It had to be Kashif, who had taught us all how to catch in the first round at MIC when we dropped seven catches and he took three. The net result was MCC were one down for 19 after 4.5 overs. Butt came in and was determined to play a Jacques Kallis innings, defending his wicket at all costs. He watched Deverill leave for a dodgy LBW – the first of several in the game, most in MCC`s favour- and the total score on 23. Bhamare came and went, scoring 9 from 8 balls and leaving again far too quickly with MCC now 40 for three down after 13.2 overs. Captain Ayub and Butt steadied things and put on 51 for the fourth, Ayub finally being yorked for 13 by Pramod in the 26th over. Keeper Kerr, he of two houses fame, was next, scoring 1 from 14 balls and then making way for Khan Mahmud, the derider of “angry men”. Twenty four runs later Butt went having scored an extremely valuable 52, his second half-century of the season, which included 5 fours and one six. Qureshi took his place and saw Mahmud Khan well run out by a combination of the angry man and their captain and ex-MCC member Polysetti. Colling faced six balls before offering a dolly of a caught-and-bowled to Kashif and allowed Imtiaz to take over. He absolutely tonked the first ball, unfortunately it went higher than it did long and he was well caught taking him to the lead in the duck race and now competing with Deverill to get the first Audi badge. Kahn Waqas replaced him but the innings was over before he faced a ball.

After teas provided by Qureshi, with enough supplies to feed the sixth army, MCC opened their bowling with Butt and Deverill. Butt seemed out of sorts somehow and was taken off after two overs. Deverill was his usual stingy self and got his first in his second over making them 31 for 1 down but well ahead of the required run rate. A fine catch by two-house keeper Kerr off Ayub`s bowling left them at 46 for 2 down after 7 overs. Twelve runs later their fourth wicket went and throughout their innings there were no big partnerships but they always stayed ahead of the required run rate. Captain Ayub was cleverly rotating the bowlers and the wickets were falling and, after 24 overs they were 143 for eight wickets down, so needed eight runs more to win. It was very exciting and MIC just scraped over the line but it was a very good performance by MCC.

Obviously the Maria Theresa silver dollar was still a little rusty from lack of use but almost worked her charm and Pak Orient should watch out for Saturday`s game. 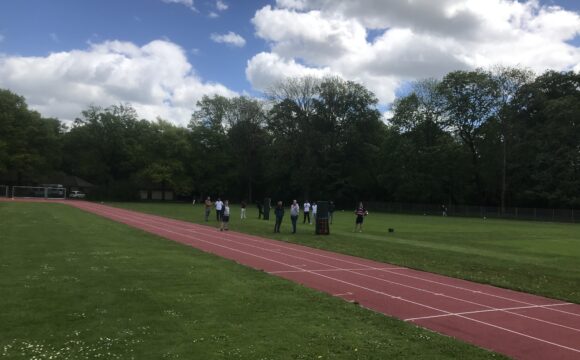