It was 23°, sunny and warm and the first game at the glorious Hirschanger, our home ground. Spring is so much more advanced this year with the trees already showing a thick layer of foliage. In the spirit of spring cleaning our new set of benches and table were unveiled, complete with some rather attractive painting, not in the manner of the cubist artists,  more in the line of a drunken sailor repainting the hull.
Birds were chorusing in the trees as the kit box was opened to the pleasant confirmation that the captain`s dance on the lid at the end of last season had been enough to narrow the gap between lid and sides and prevent mice from wintering in there. As the modified dressing table scoreboard was lifted out one could almost hear Bennett`s ghost shouting “ard in” !
Everything was set up and ready for the 12.30 start but once again the captain chose not to use the correct coin at the toss and refuses to accept that we don`t win games in Munich if any other coin is used. What other use is there for a Maria-Theresa silver dollar? Still he won the toss and chose to bat despite what the vice had reported in Michaeli Biergarten the evening before, claiming that having inspected the wicket it was a perfect batting strip and, we had all read the erstwhile captain`s message on how to win a one-dayer. Clearly the message had been written in some obscure language from outer Mongolia – was Erkin Alptekin involved perhaps? – for within 12 overs four of our top six batsmen fell to foolish shots leaving us at 26 for 6. What on earth happened to the advice to protect your wicket and aim to have only four down at the end of 30 overs? The 7th wicket fell with only six more runs on the board but then O`Meagher and Ferguson managed a sparkling 17 for the 8th wicket, only surpassed by Ferguson and Rabbani with 40 for the ninth and Blades and Ferguson with 20 for the 10th, MCC finishing up with 80 runs off the bat and 29 extras making a grand total of 109 for 10 from 36.4 overs. Pick of the batsmen was bowler Bryan Ferguson
On a normal day we would have been confident of defending this total against CCB and when the heavens opened after their first wicket fell with 9 on  the board after 2.2 overs, we felt more confident as the wet Flicx and wet outfield made batting and scoring even more difficult. In actual fact the bowlers did well only conceding 59 runs from the bat in the 24.2 overs required. However the wides war within the club was fiercely competitive and we gifted them 47 wides, 3 no-balls and 1 leg bye to give them victory with 8 wickets down. Bowl to your field the erstwhile captain had written in outer Mongolian.  Pick of the bowlers was Grant Algar with  two for six off two overs and no wides or no-balls.
As the kit was stored away by a shell-shocked MCC it was unclear if it was really the wind sighing in the trees or perhaps Bennett`s ghost weeping bitterly?

MCC man of the match, Ferguson for his batting performance. 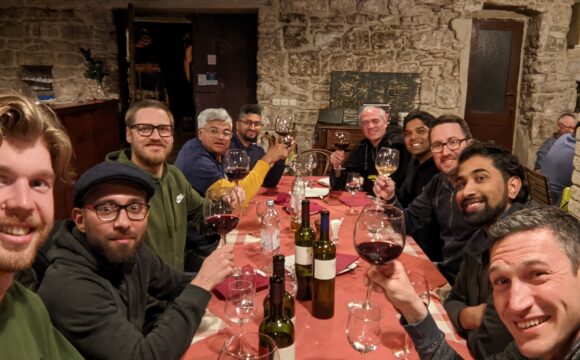 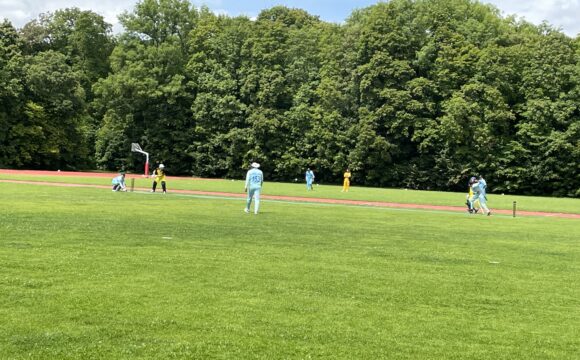